There are nothing at the reverse side. Unlike AMD series ROG STRIX X670E-I Gaming WIFI comes with a small black plate VRM Heat Sink. 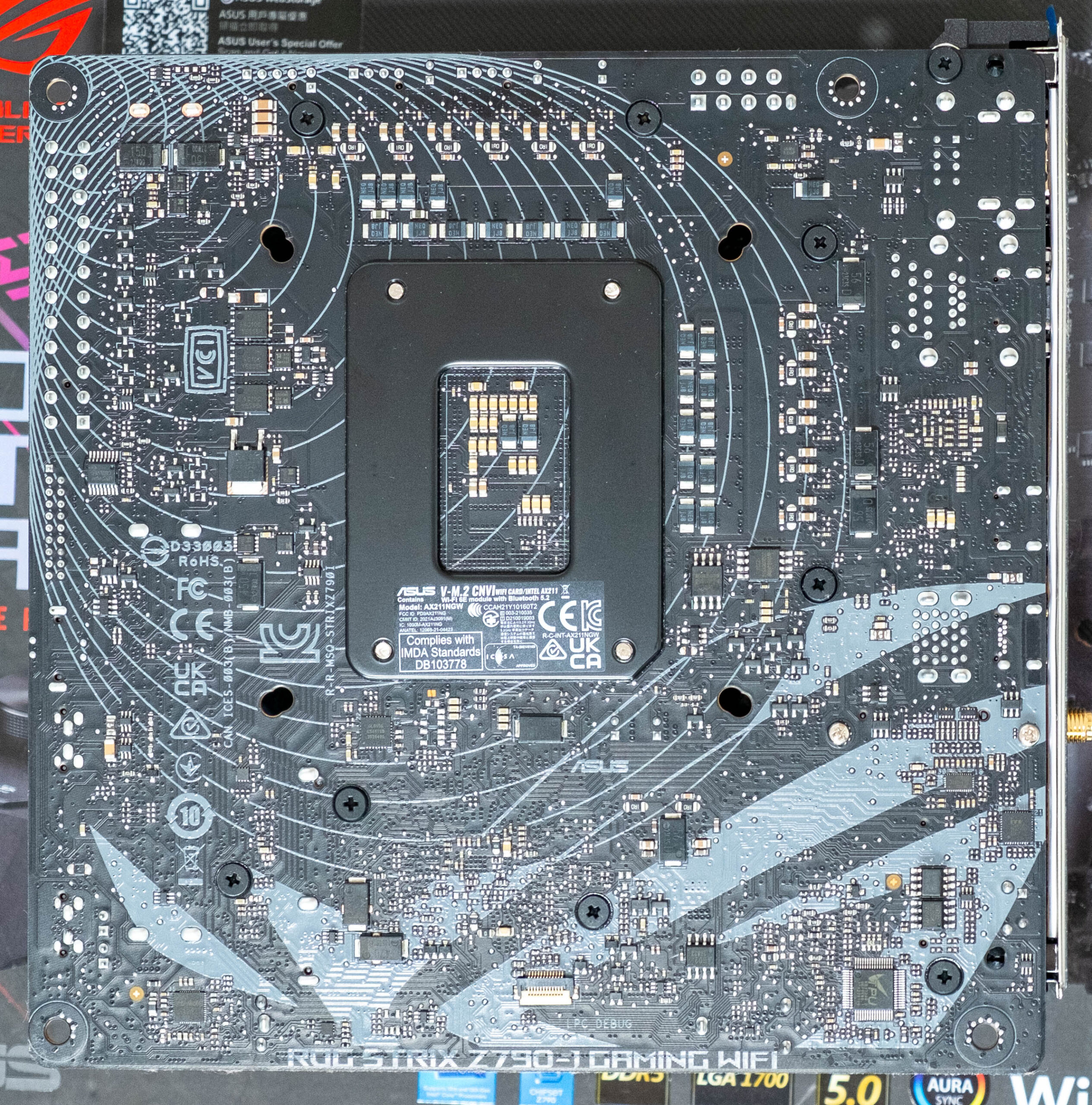 Raptor Lake will not support Intel’s AVX-512 instructions, a feature that was removed from Intel’s desktop CPU lineup with Alder Lake after it was added with their 11th Generation Rocket Lake processors. 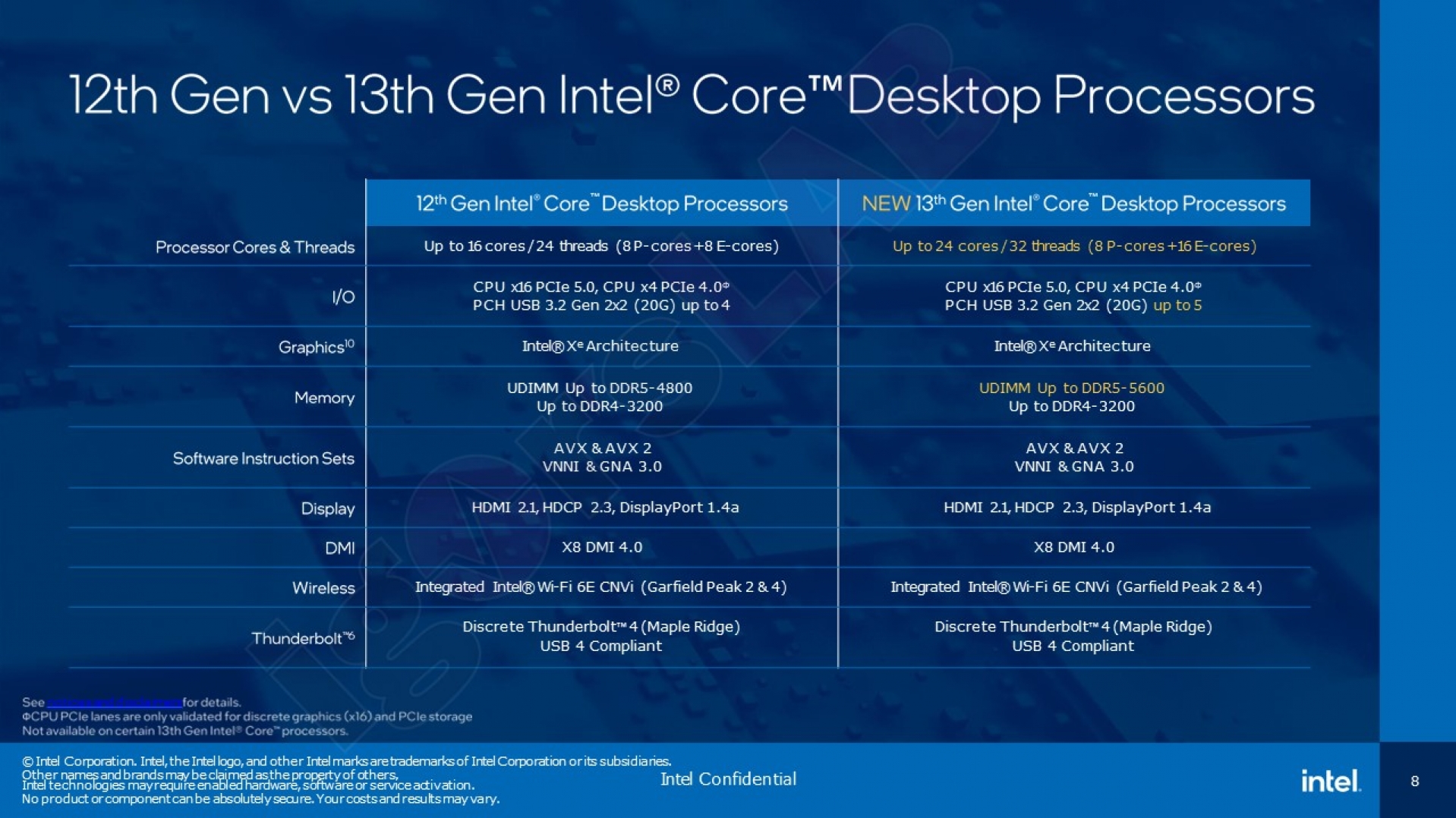 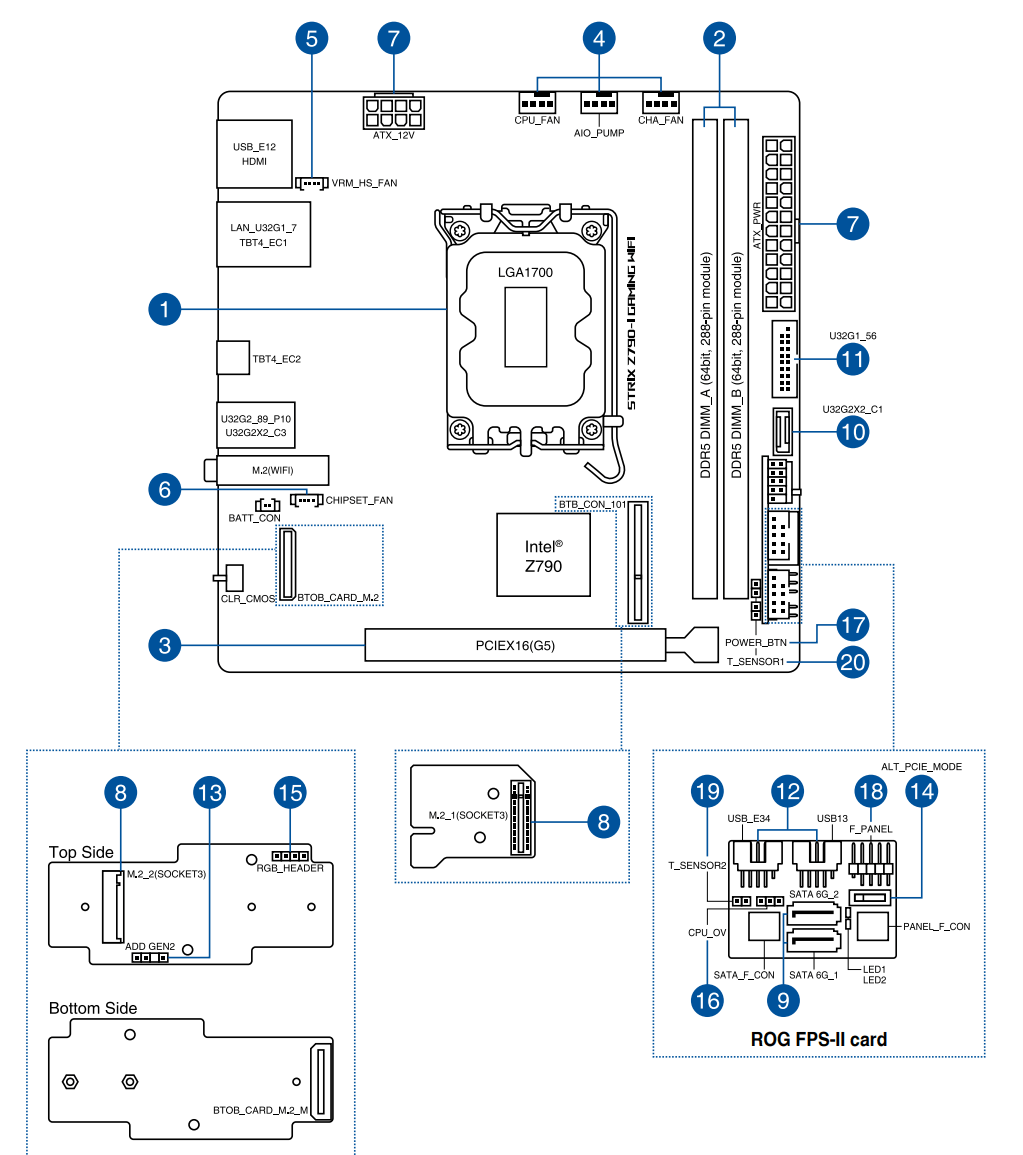 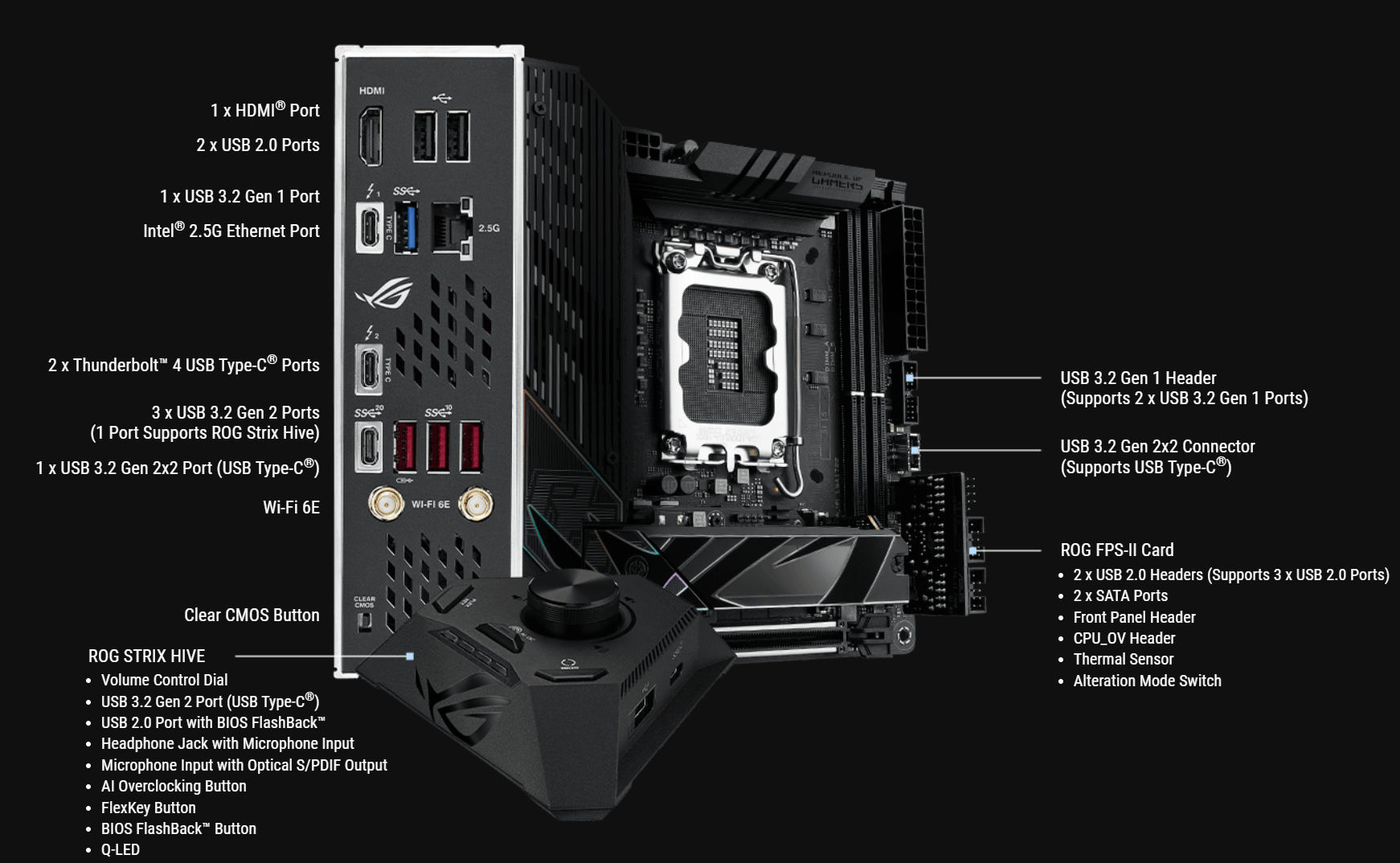 Now it’s the turn of USB ports and other I/O. And let’s start with the back panel, where most of them are displayed. 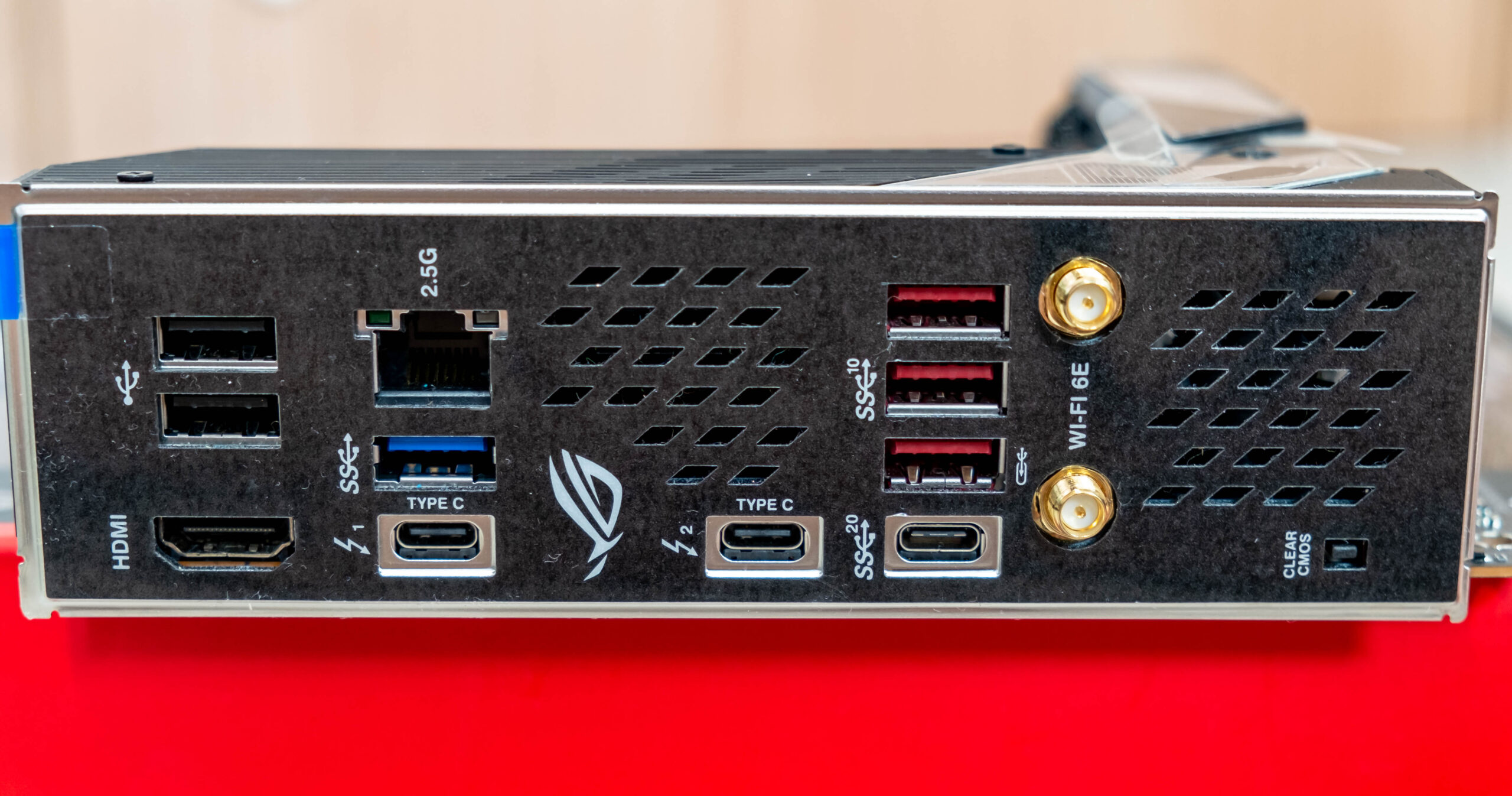 The ASUS board has two DIMM slots for installing memory modules. The board supports unbuffered DDR5 (non-ECC) memory, and the maximum memory capacity is 64 GB. Of course, XMP profiles are supported.

The Alteration Mode switch allows you to switch the PCIe signal which comes from
The CPU from between Gen4 or Gen3 for the PCIe slot. The PCIe x16 slot has stainless steel reinforcement that increases durability (which can be important if you change graphics cards quite often, but more importantly, such a slot can more easily withstand bending loads in case of installing a very heavy top-level graphic card. In addition, such protection protects the slot from electromagnetic interference.

As we can see, the chipset cooling (a small heatsink located under the M.2_1 slot) is organized separately from the power converters. The M.2_1 & M.2_2 slot also has its own heatsink. Intel Z790 Chipset is directly under the heat sink 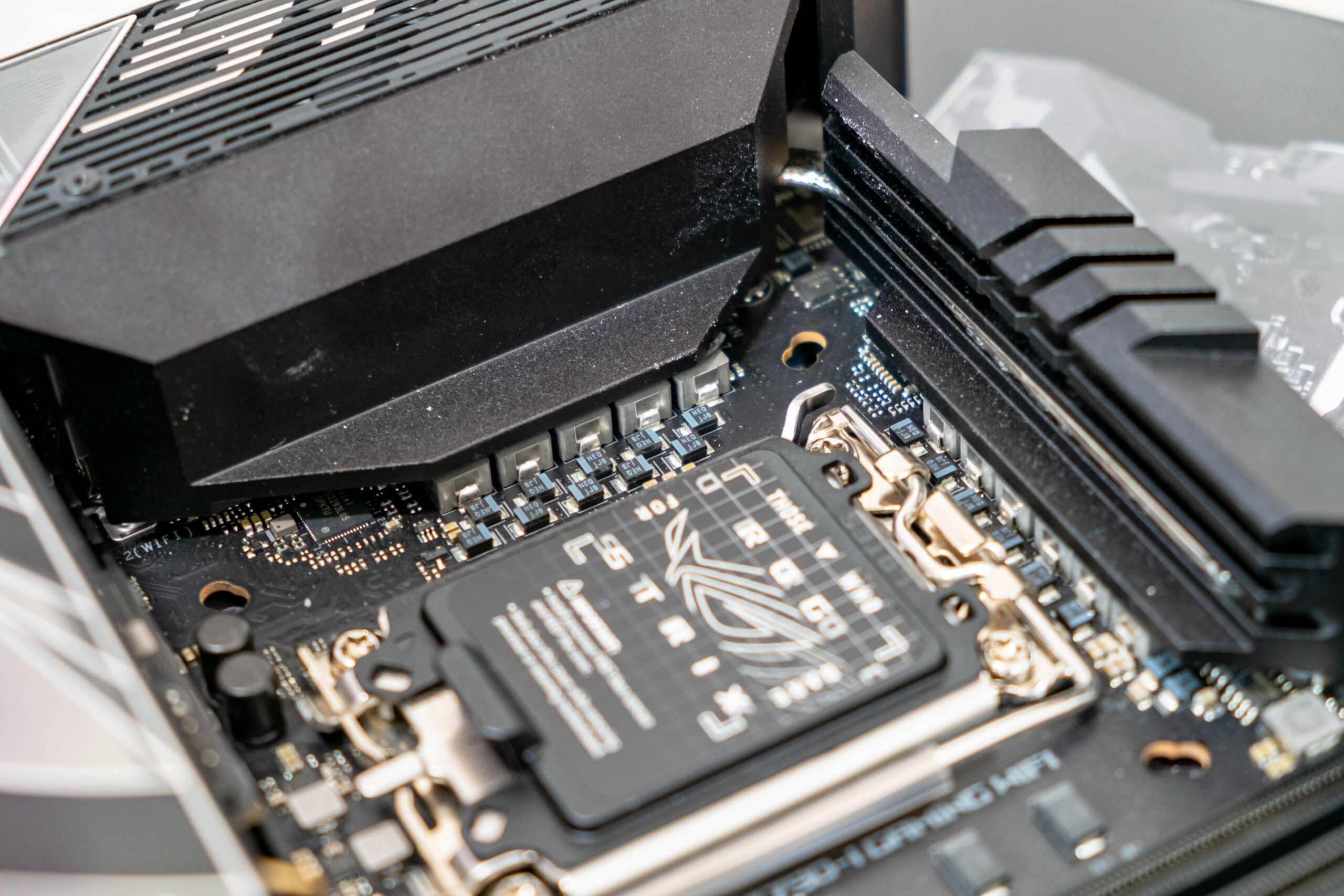 Each phase channel has a super ferrite choke and RAA 22010540 MOSFET from Renesas at 105A for VCore, RAA 22010540 at 105A for the integrated graphics core and SiC450 from Vishay for VCCIO at 40A. Powering the VCore and iGPU is Renesas’ RAA229131 PWM controller with a maximum of 20 phases, so we see that the power circuit is fully direct without doublers or parallel flows. 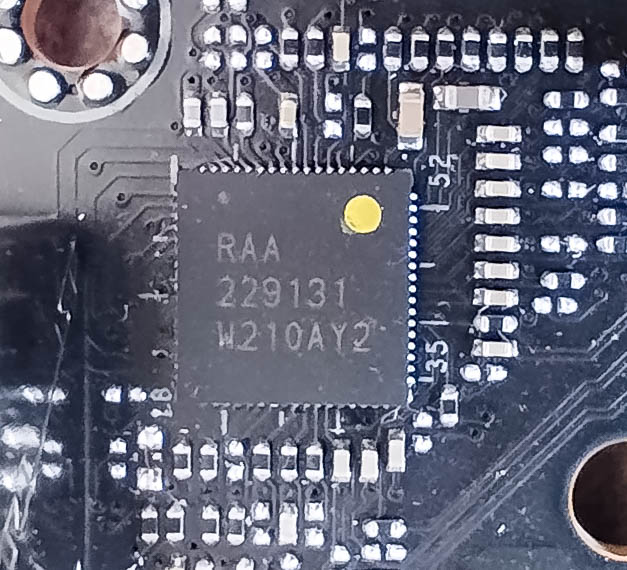 The all-new ROG Strix Hive brings critical controls and I/O within arm’s reach, moving them from the cramped quarters of an SFF chassis to a compact peripheral that sits on the desktop. DIY-friendly buttons and diagnostic LEDs are brought front and center along with a large volume dial. On the sides, a varied group of I/O ports handle audio input and output and provide convenient connectivity for grab-and-go peripherals. 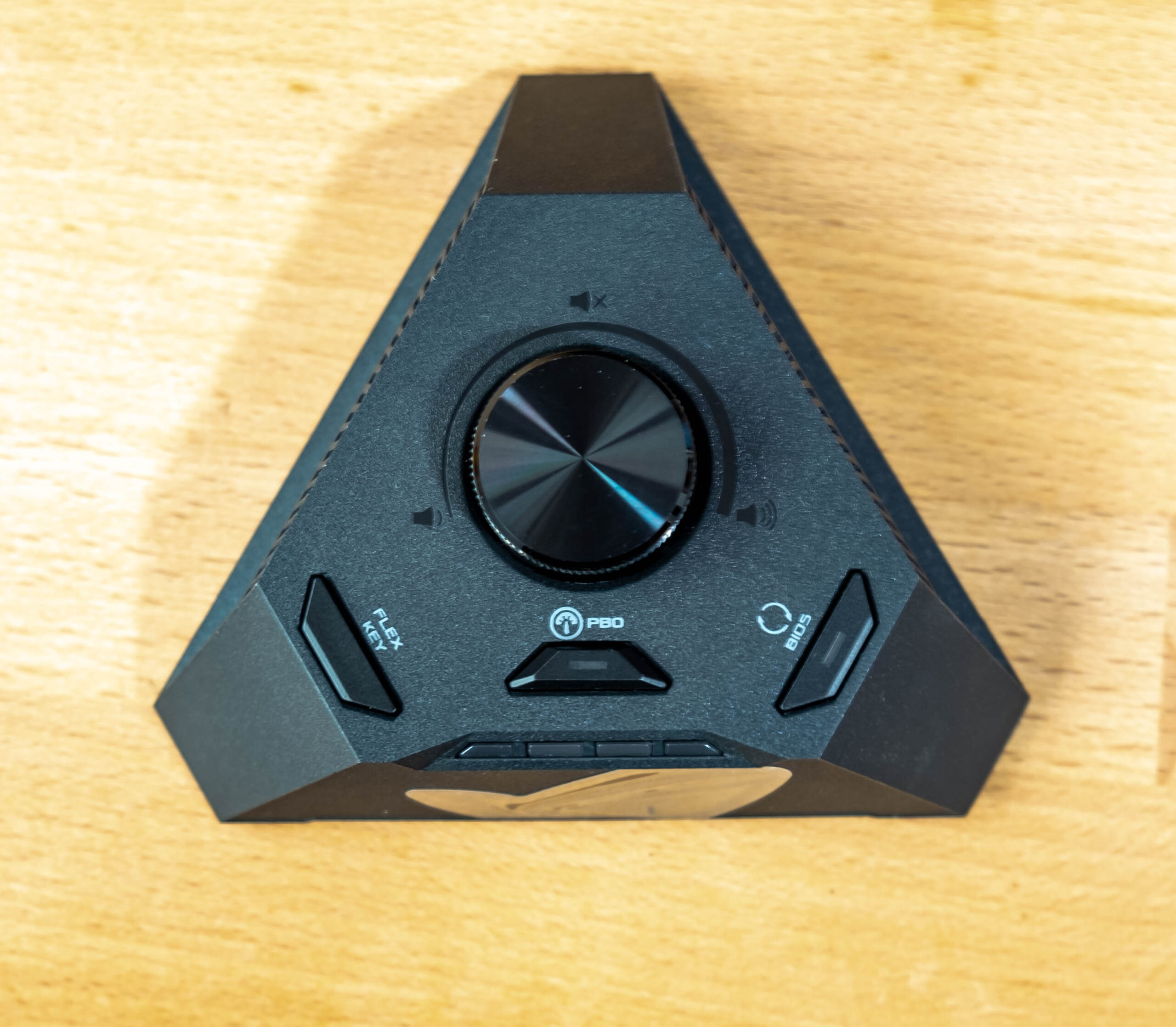 Typically, audio components are built into the motherboard’s PCB. The ROG Strix Hive flips the script and offloads all of the audio processing to an external module. Inside, an ALC4050 codec is paired with an ESS® SABRE9260Q DAC, producing clean high-res audio with 118 dB SNR output and 94 dB SNR input and 32-bit / 384 kHz playback. I/O includes S/PDIF out that also supports 3.5mm mic input, and an additional 3.5mm combo jack that can host mics or headphones. 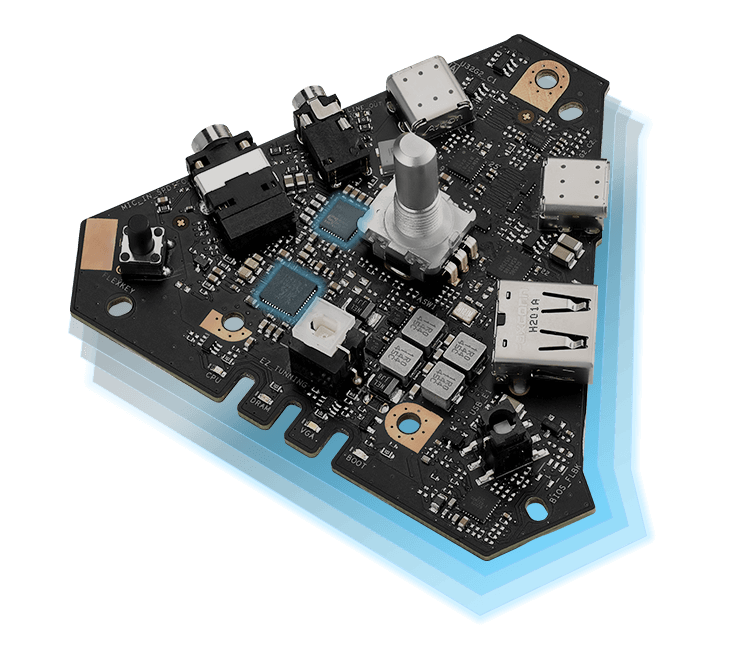 Intel Z790-I Gaming is a gaming motherboard from ASUS. As such, our workstation, based on an Z790-I Gaming motherboard and Intel Core i9 13900K 24 cores 32 threads processor.  The ram we will be using TeamGroup DDR5 5200Mhz memory kit. Intel UHD 770 and ADATA PCIe 4.0 1TB SSD is used as well to run with benchmark. On the Comparison, we will be using ASUS TUF X670E- Plus WIFI with AMD Ryzen 9 7900X and ASUS ROG STRIX Z790-I Gaming WIFI with Intel Core i9 13900K to run side by side to see perform better. 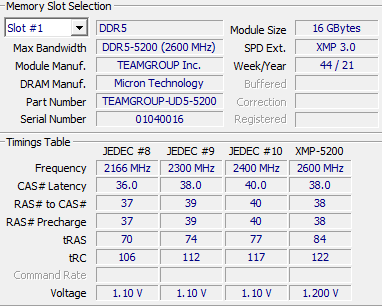 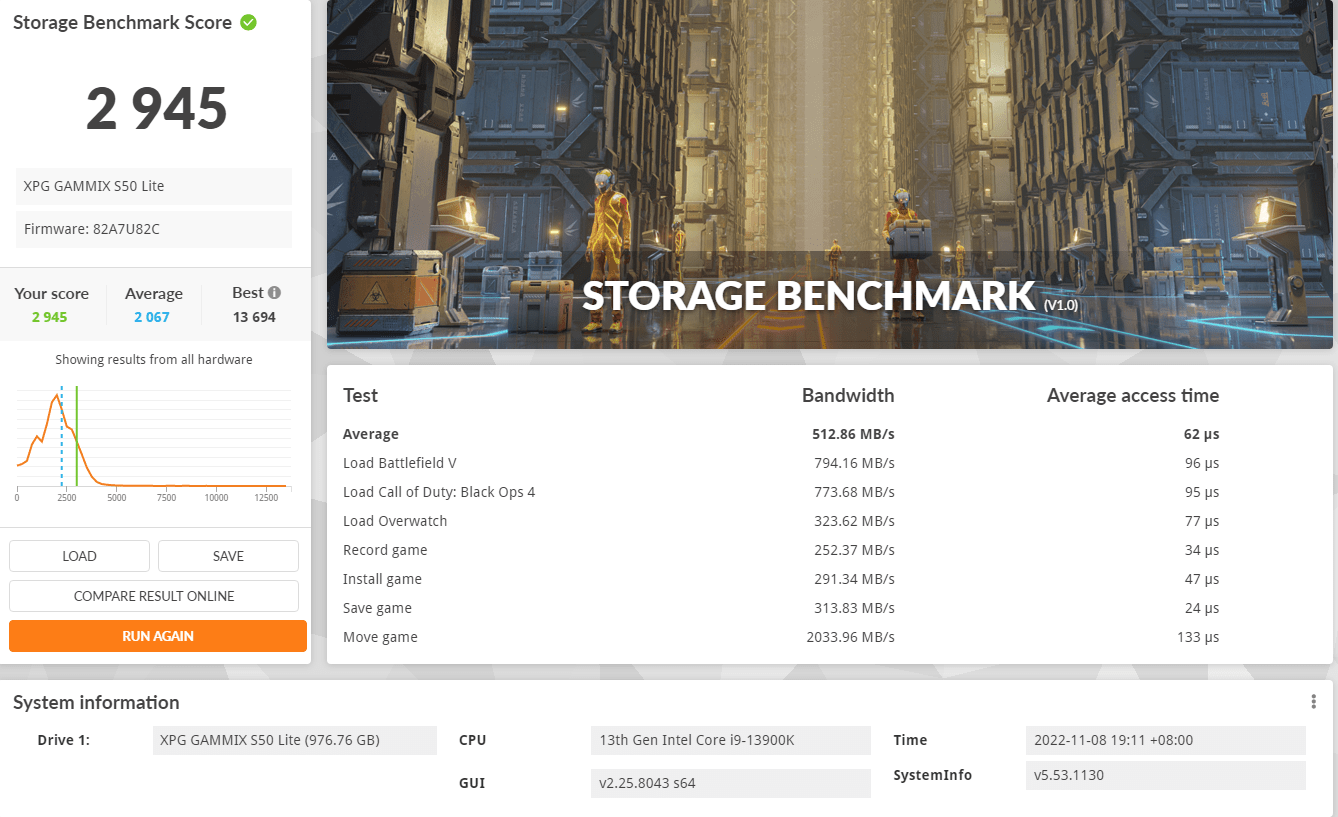