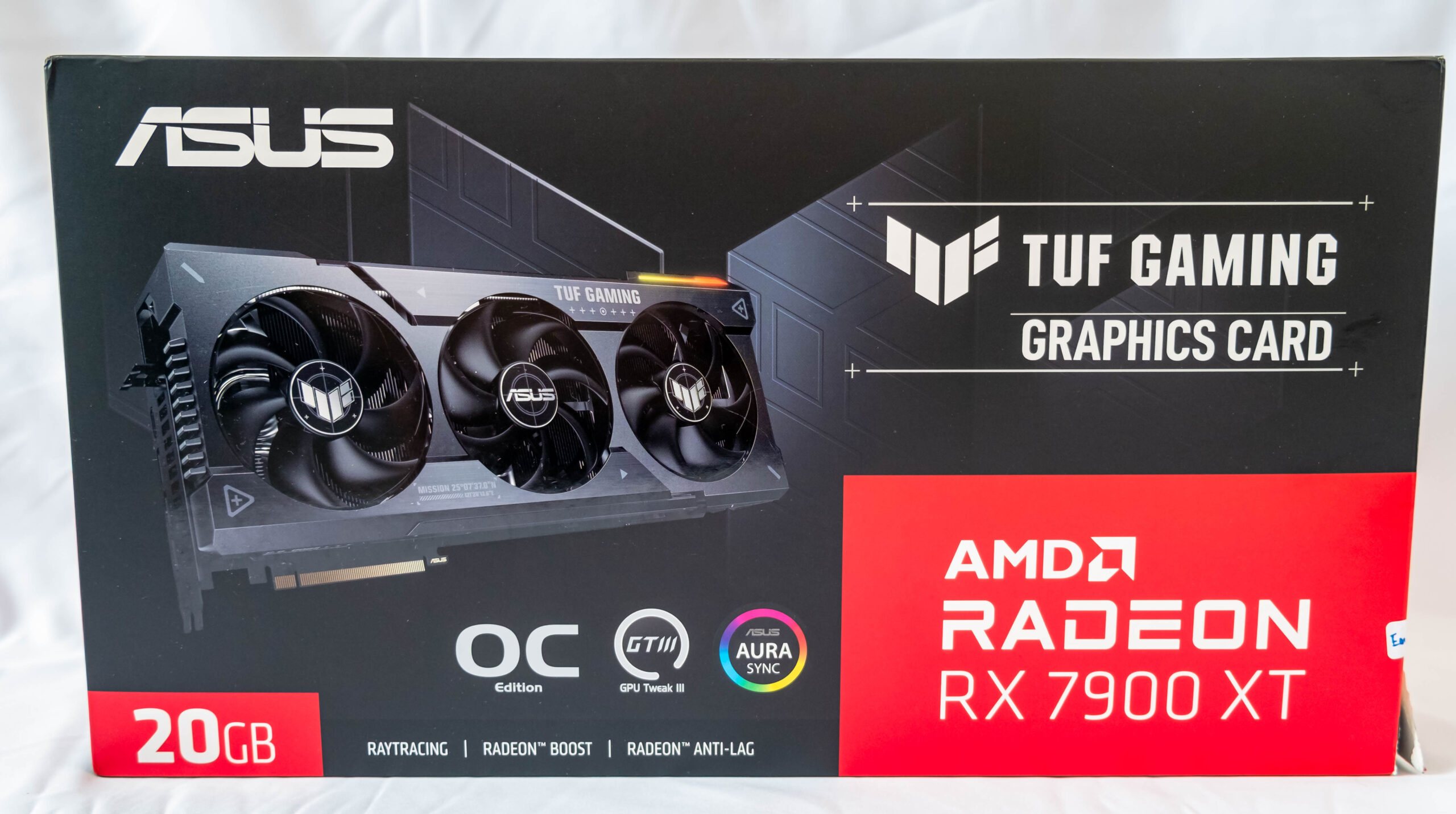 The ASUS TUF Gaming Radeon RX 7900 XT OC Edition is built with the powerful graphics performance of the AMD RDNA3 architecture and is based on a new chiplet design. It offers dedicated 2nd gen RT Cores and 3rd gen Tensor Cores, new streaming multiprocessors, and high-speed GDDR6 memory to tackle the latest games. The ray tracing performance is suggested to be up to 50 per cent better than on the RX 6950 XT, while rasterization performance is expected to be up to 70 per cent better. The fans are also new and upgraded from ASUS, being bigger and able to boost airflow and static pressure without sacrificing silence.

The two side fans spin counter clockwise to minimize turbulence and maximize air dispersion through the heatsink. All three fans come to a standstill when GPU temps are below 55 Celsius, letting you play less-demanding games or perform light tasks in relative silence. Fans start up again when temps are over 60 Celsius, referencing a speed curve that balances performance and acoustics for work or play.

The basis of the cooler is a large plate nickel-plated heatsink with heat pipes soldered to the sole of direct contact with the GPU and memory chips. The same heatsink also serves as a cooler for the VRM power converter components with the help of small soles. For a pair of VRM memory mosfets, a separate small heatsink is provided, screwed to the main heatsink. The back plate is made of aluminium with an electrically insulating coating and has a triple purpose: it serves as a PCB protection element, a stiffener, and carries a TUF logo.

Power is supplied through three 8-pin connector. It has an LED indicator of correct power connection (in case of incorrect connection and in the absence of power, it lights up in red).

The graphics card has 4 video outputs: In addition to 3x DisplayPort 2.1 outputs, 1x HDMI 2.1 outputs (but no USB Type-C connector that supports DP2.1) However, the GPU can only output to 4 monitors at the same time, so this solution simply provides more flexibility when choosing video outputs.

he card has a dual BIOS. There is a switch on the back plate of the card, in different BIOS versions (they are called Performance mode and Quiet mode – productive and quiet modes) different fan operation curves are set. 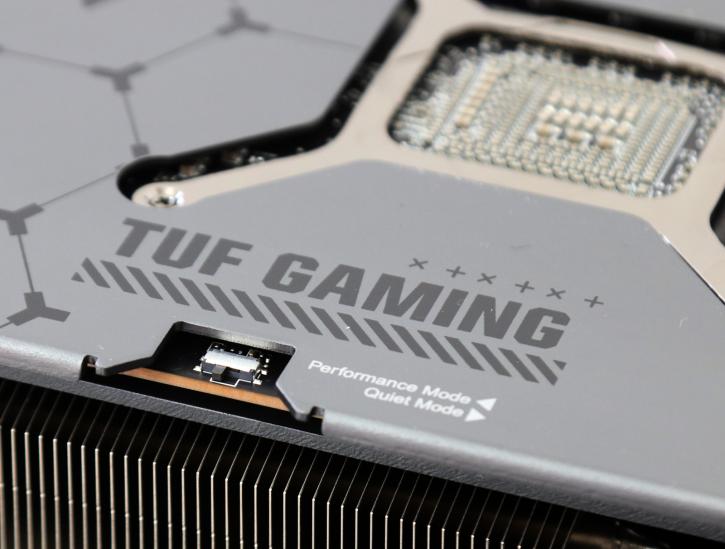 Auto-Extreme Technology is an automated manufacturing process that sets new standards in the industry by allowing all soldering to be completed in a single pass. This reduces thermal strain on components and avoids the use of harsh cleaning chemicals, resulting in less environmental impact, lower manufacturing power consumption, and a more reliable product overall.

ASUS TUF Gaming Radeon RX 7900 XT OC Edition is the high range graphics card in AMD RDN3-based segment. As such, our graphics workstation, based on an ASUS Prime X670E-Pro Wifi motherboard and AMD 7900X 12 cores processor.  The ram we will be using is  XPG 6000mhz- 32 memory kit. ADATA XPG GAMMIX S50 Lite 1TB M.2 NVMe SSD is used as well to run with benchmark. On the Comparison, we will be testing 3 GPUs to run side by side to see perform better. 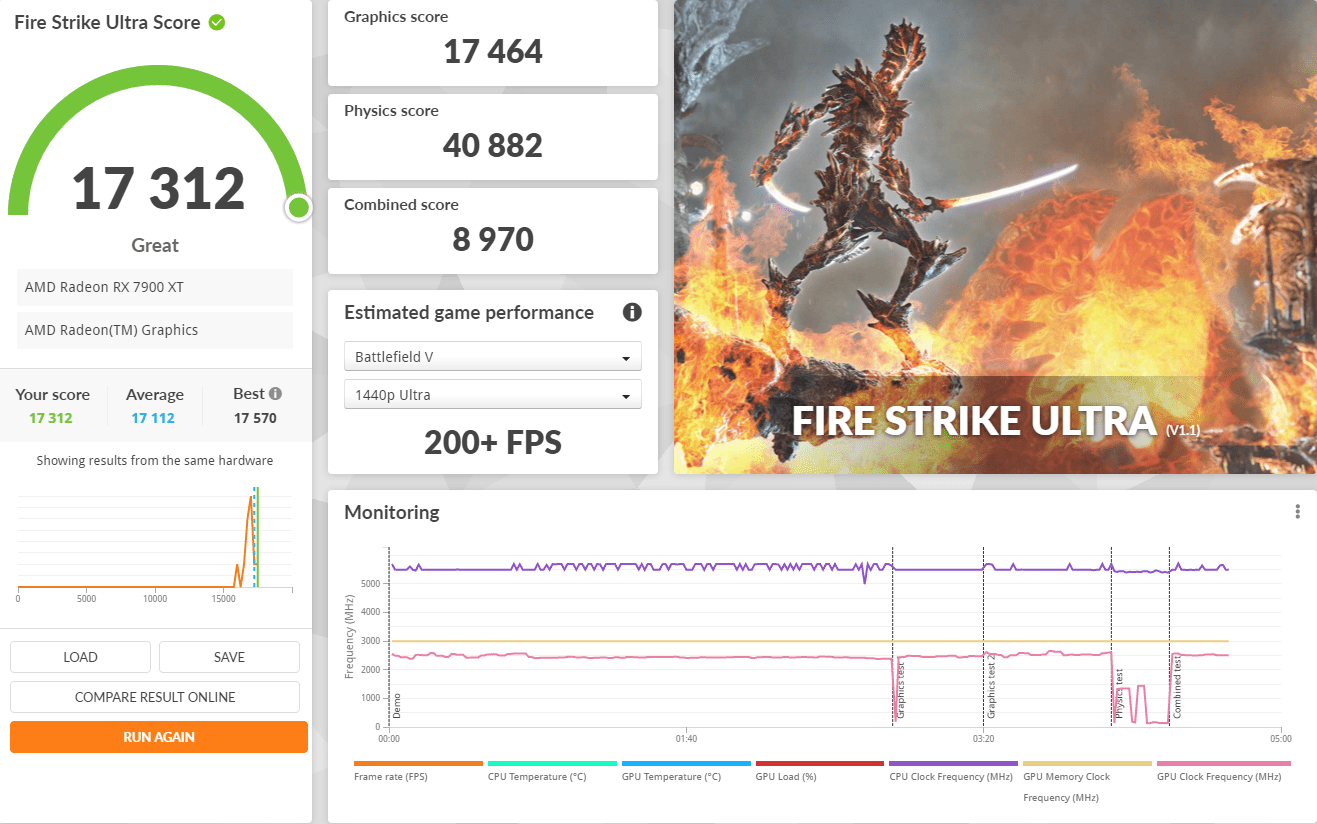 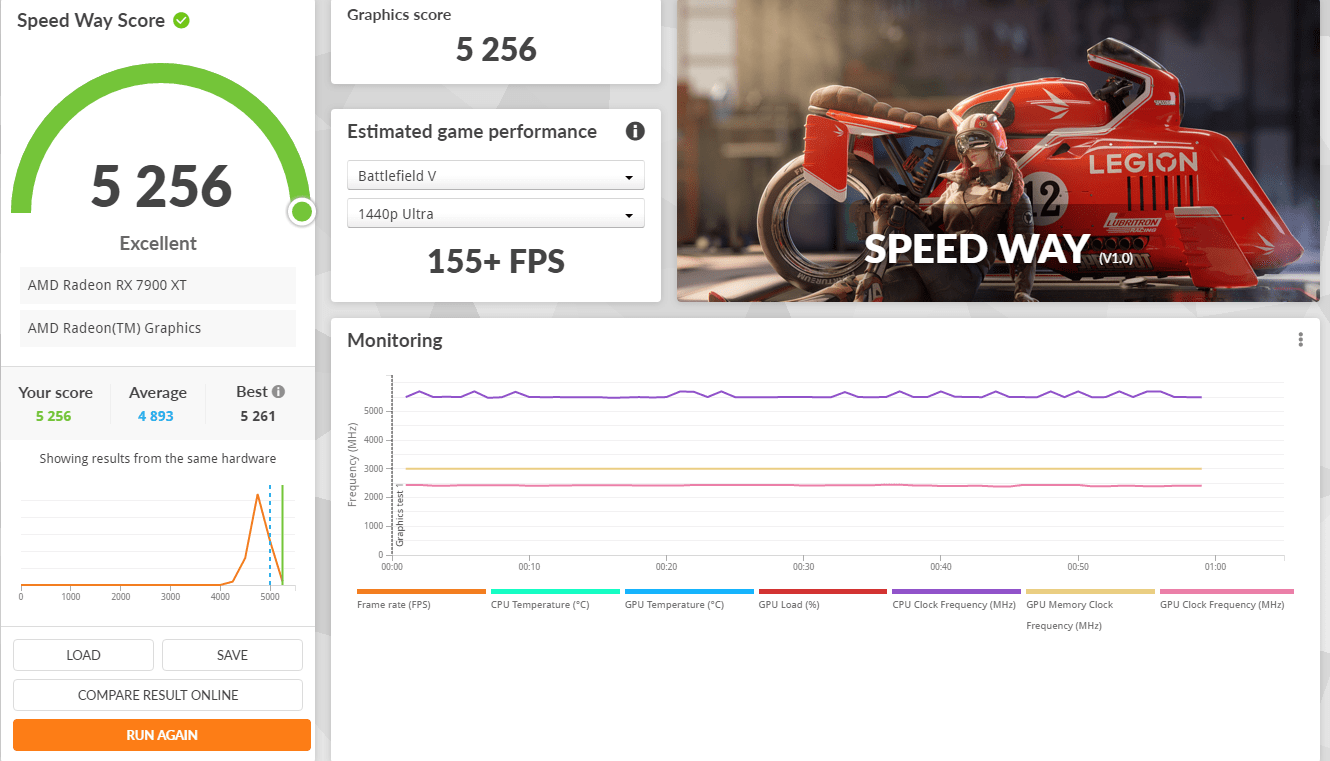 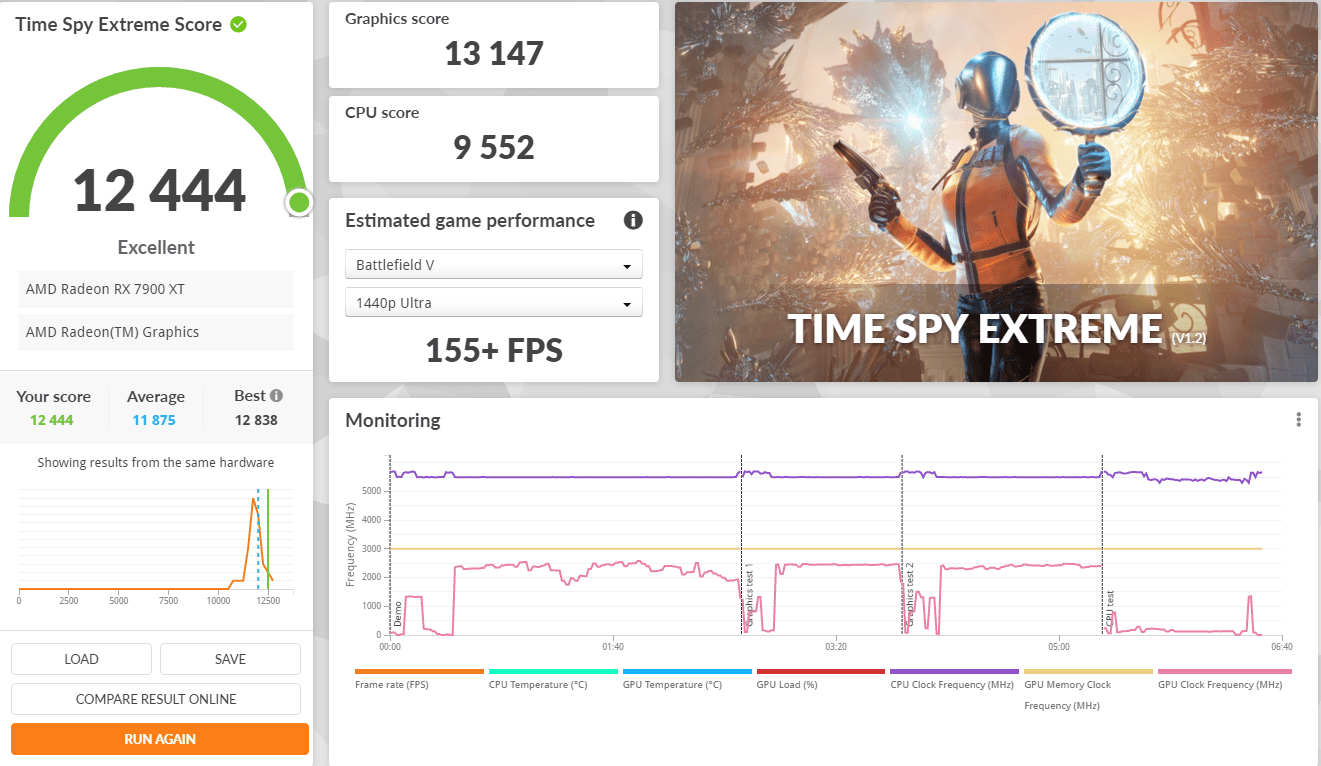 GFXBench is a high-end graphics benchmark that measures mobile and desktop performance with next-gen graphics features across all platforms. As a true cross-API benchmark, GFXBench supports all the industry-standard and vendor-specific APIs including OpenGL, OpenGL ES, Vulkan, Metal, DirectX/Direct3D and DX12. 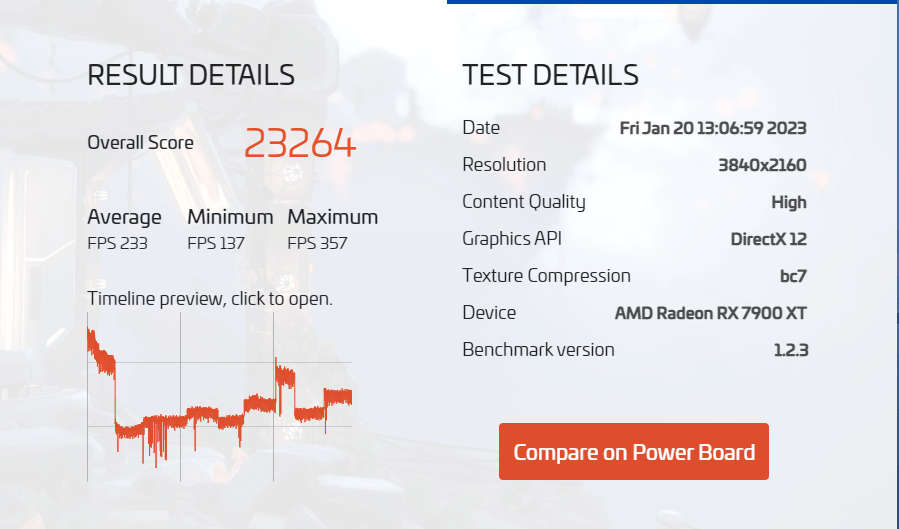 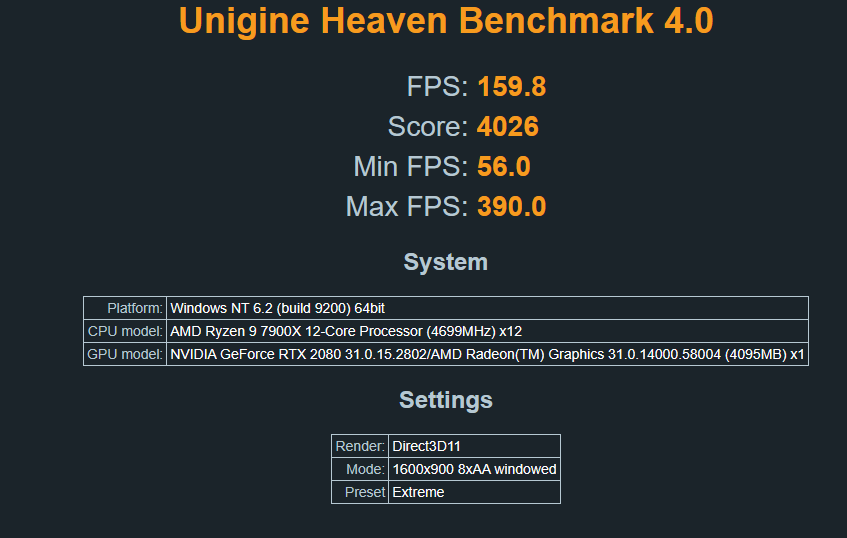 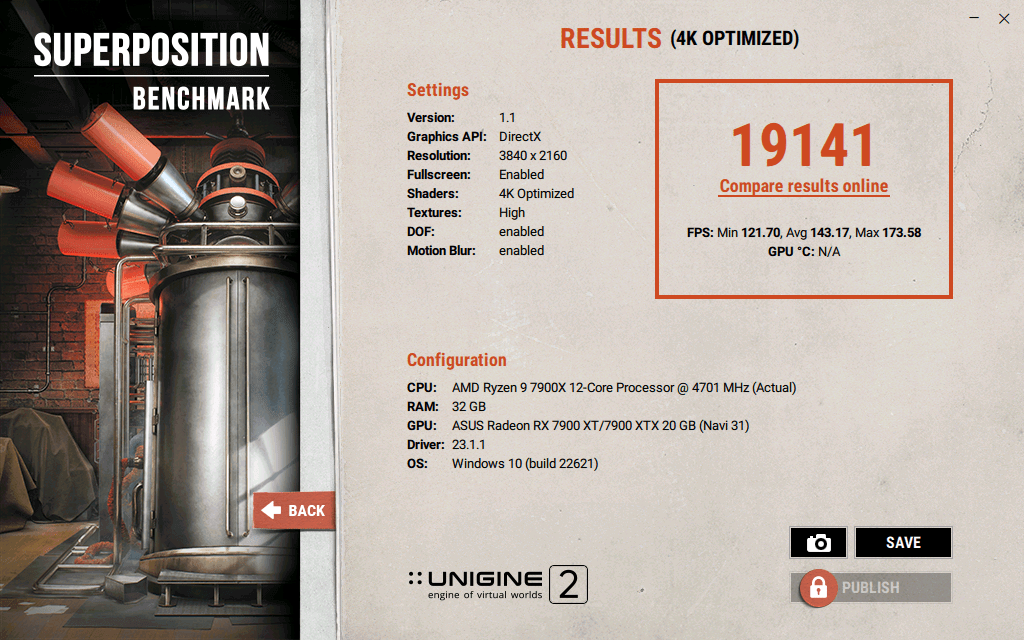 This is a benchmark of GTA 5 (Grand Theft Auto V) 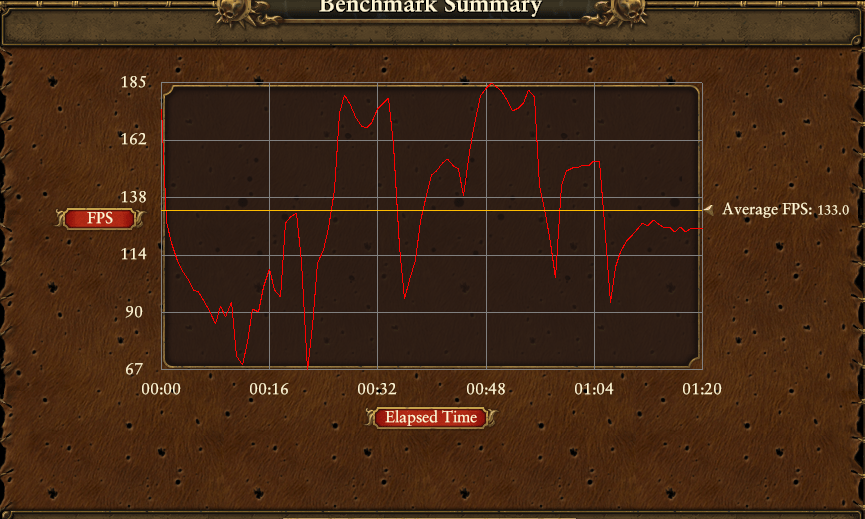