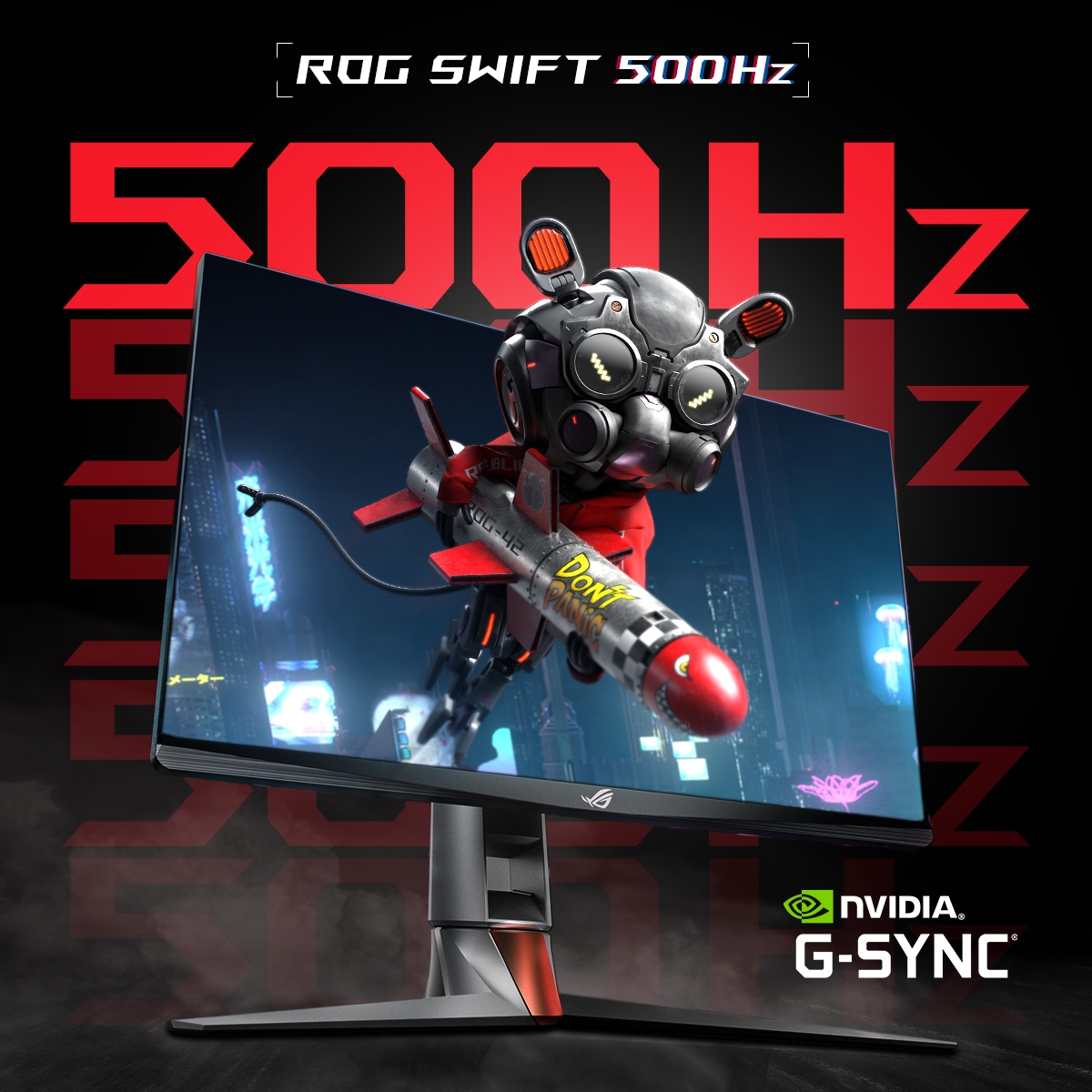 Pushing the limits of display technology

“When we introduced the first 144 Hz monitor in 2012, people said the human eye can only perceive 60 frames per second,” explains Gavin Tsai, Display Product Manager for ASUS. “Then, when we introduced our 240 Hz monitor, they said the human can’t perceive the difference,” continues Tsai. “Today, in a market where 144 Hz and 240 Hz gaming monitors are common and standard specs, we are breaking entirely new ground with the incredibly fast ROG Swift 500Hz.”

With reduced motion blur, improved visuals and lower input latency, the ROG Swift 500Hz is designed to give professional esports gamers an advantage in tournaments. One of these impressive features – the extraordinarily low latency – is made possible in part through a vital partnership with NVIDIA.  “The ROG Swift 500Hz with NVIDIA G-SYNC technology provides gamers the lowest latency available of any monitor on the market,” said Seth Schneider, Esports product manager at NVIDIA. “And with NVIDIA Reflex Analyzer on board, gamers can measure their latency with one click, ensuring the fastest response times for the most intense games.”