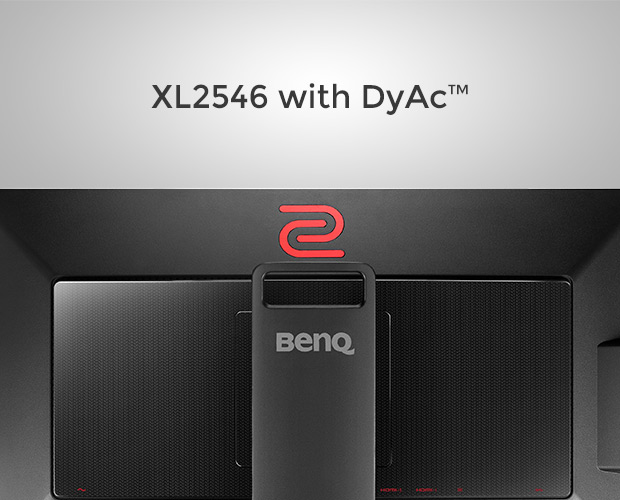 Since its release in Dec. 2016, the XL2540 has become the monitor of choice for tournaments such as ESL Pro League Season 5, ESL ONE Cologne, PGL, DreamHack Open Series and other tournaments with competitive FPS titles.

The new XL2546 has the same increased smoothness that was introduced in the XL2540 and the addition of DyAcTM provides increased movement clarity in-game. Actions with vigorous screen movement, such as spraying of weapons will benefit most from DyAcTM as being able to see more clearly can help with recoil control.

Like the XL2540, the benefits of the XL2546 and its native 240Hz refresh rate can be fully activated when the computer generates over 240 frames per second(FPS).  As such, one should make certain their PC performance is up to par before considering either monitor.

The ZOWIE XL 2546 with DyAc will make its tournament debut at DreamHack Atlanta 2017 where it has been selected as the official monitor.

Come by the ZOWIE booth at DreamHack Atlanta from 21st to 23rd July and experience XL2546. Numbers and specifications do not tell the whole story so experience the DyAcTM difference for yourself.