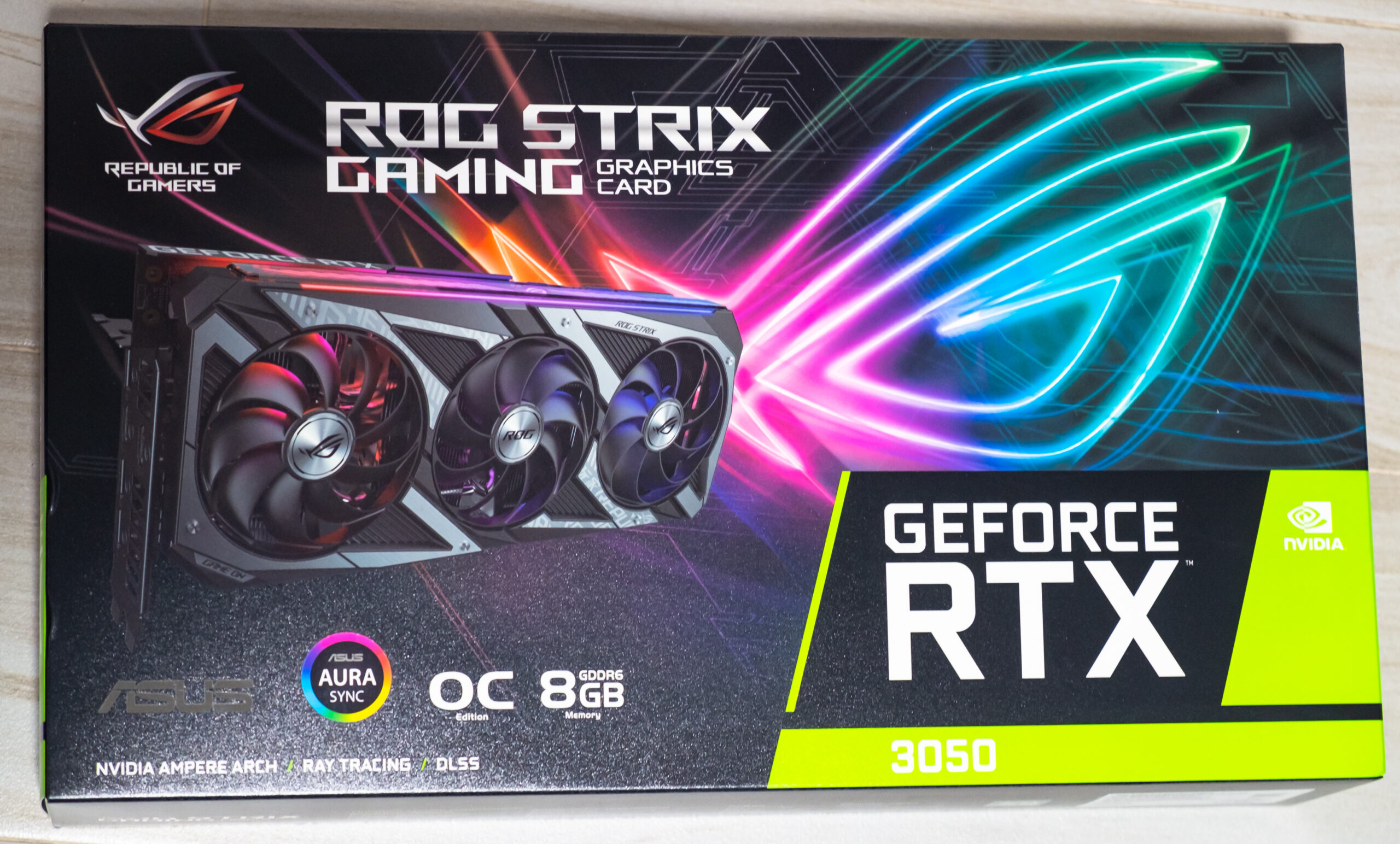 The graphics card has 5 video outputs: one more HDMI 2.1 has been added. However, the GPU can only output to 4 monitors at the same time, so this solution simply provides more flexibility when choosing video outputs.

The card has a dual BIOS. There is a switch on the back plate of the card, in different BIOS versions (they are called Performance mode and Quiet mode – productive and quiet modes) different fan operation curves are set.

Power is supplied through one 8-pin connector. It has an LED indicator of correct power connection (in case of incorrect connection and in the absence of power, it lights up in red).

On the same side is a uPI Semiconductor uP9529Q PWM controller that controls the 2-phase power supply for the memory chips.

The core power circuit of the Asus card is using Super Alloy Power II technology, modern solid capacitors and DrMOS transistor assemblies are used – in this case SiC654A (Vishay), each of which is rated for a maximum of 50 A. They are also used in the memory power circuit .

There is also an NCP45491 (On Semiconductor) controller responsible for monitoring the card (tracking voltage and temperature). It is located on the front side of the PCB.

Like the entire ROG series of video cards, this board has two connectors in the tail section

To connect case fans that will work in accordance with the temperature of the video card, and the IT8915FN (ITE) controller is responsible for this.

And the backlight control is given to the proprietary Aura 82UA0 controller (most likely, a re-marking of one of the On Semiconductor controllers).

The basis of the cooler is a large plate nickel-plated heatsink with heat pipes soldered to the sole of direct contact with the GPU and memory chips. The same heatsink also serves as a cooler for the VRM power converter components with the help of small soles. For a pair of VRM memory mosfets, a separate small heatsink is provided, screwed to the main heatsink. The back plate is made of aluminium with an electrically insulating coating and has a triple purpose: it serves as a PCB protection element, a stiffener, and carries a ROG logo backlight diffuser.

A casing with three ∅95 mm Axial-tech fans is installed on top of the radiator, in which the ends of the blades are connected by a ring for a clearer direction of air flow to the radiator, while the number of blades is reduced to 9 (compared to more powerful COs, where they can be up to 13). The central fan rotates in the opposite direction relative to the outer ones, which provides a kind of “gear effect”, helping to fight the turbulence of the air flow.

ASUS ROG STRIX GeForce RTX 3050 is the low-mid range graphics card in Nvidia’s Ampere-based segment. As such, our graphics workstation, based on an ASRock B550 Taichi motherboard and AMD 5950X 16 cores processor.  The ram we will be using is  G.Skill’s F4-3600C16D- 32GTZNC memory kit. ADATA XPG GAMMIX S50 Lite 1TB M.2 NVMe SSD is used as well to run with benchmark.

We will be using latest Nvidia DCH driver 512.77 and Windows 11 Professional Build 22H2