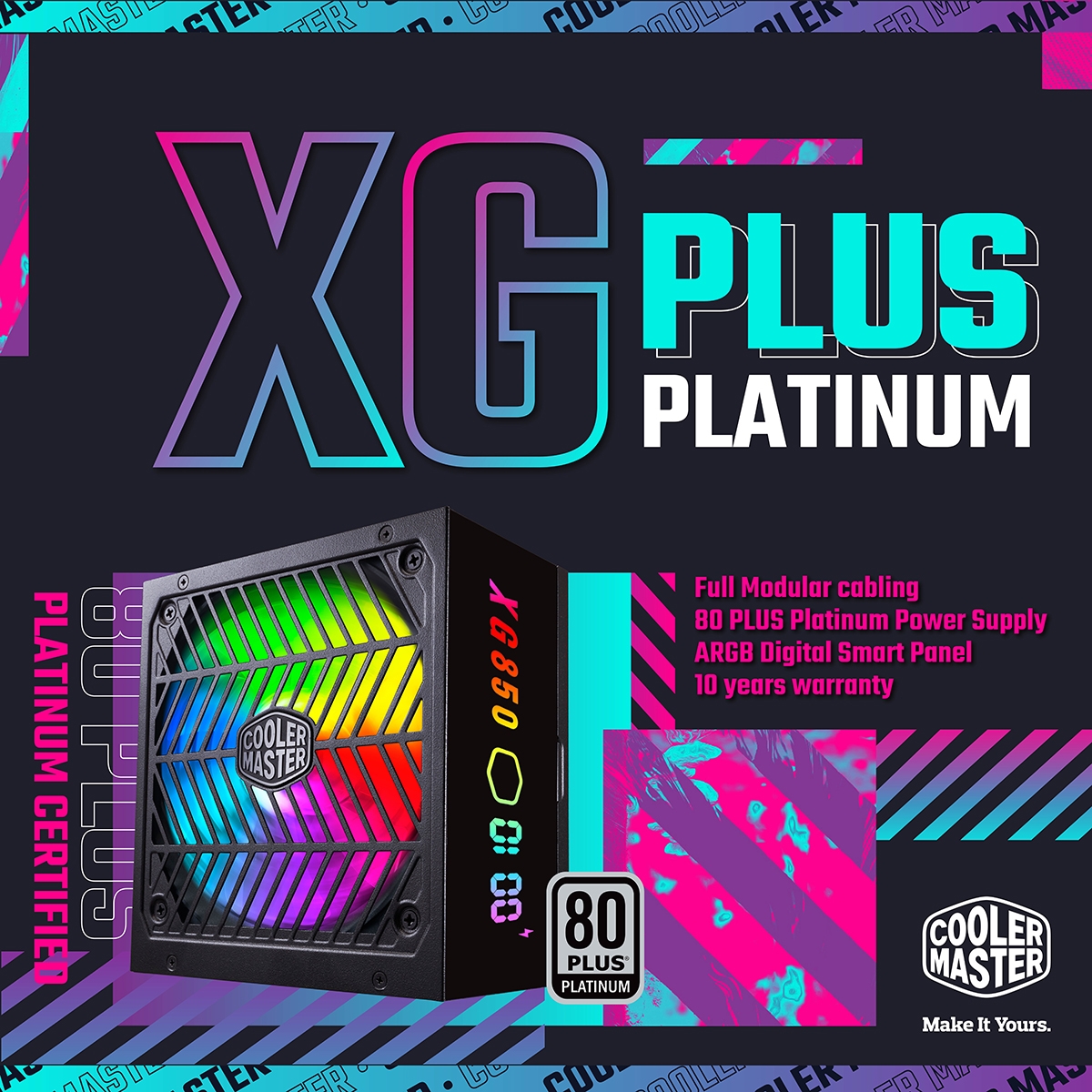 SINGAPORE – Cooler Master today launched the XG Platinum series power supply units. This will be Cooler Master’s first fully in-house designed PSU platform. The road to this launch has been a long one. Originally announced as the XG Gold, this series of power supplies has been in development for quite some time. After many changes and additional upgrades, this new platform will finally be available to the public in the form of the XG Platinum and the XG Plus Platinum.

“Our goal wasn’t to create something impressive that people don’t need. Instead we wanted to deliver the best possible version of something that people actually do need. Something that ambitious takes a long time,” said Stu Shen, Head of Power Supply Research & Development.

The XG Platinum was built around a very simple but difficult design proposition: make the best PSU as quiet as possible. The main selling point of the XG Platinum is not that it delivers more than that of PSUs from other brands, but rather that it performs the same tasks while generating considerably less heat and noise. It’s still an 80 PLUS Platinum rated, full modular PSU that meets Intel ATX 12V Version 2.53 specification guidelines. It just also happens to do it with 135mm FDB fan, 50% fanless mode, and 100% Japanese capacitors for reduced ripple noise, delivering considerably lower overall temperatures.

Alongside the XG Platinum, there is also the XG Plus Platinum. It’s the same high-end performance PSU with the added bonus of a half-digital platform, an ARGB fan, and a built-in LED information display panel. These additional features are all compatible with MasterPlus+ software. Through this software, users can monitor and customize performance aspects such as fanspeed, lighting, and the information displayed on the LED panel in real time.

Both the XG Plus Platinum & XG Platinum series are now available immediately in Singapore.