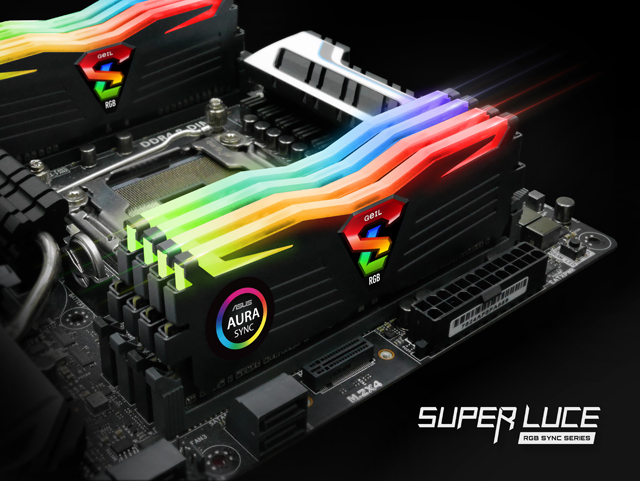 Starting at a clock speed of 2133MHz and scaling up to 3200MHz, GeIL SUPER LUCE RGB SYNC is the excellent choice for hardcore gamers. SUPER LUCE RGB SYNC Series Gaming Memory also available in AMD Edition modules that have been verified across a large number of AM4 motherboards and AMD Ryzen processors.