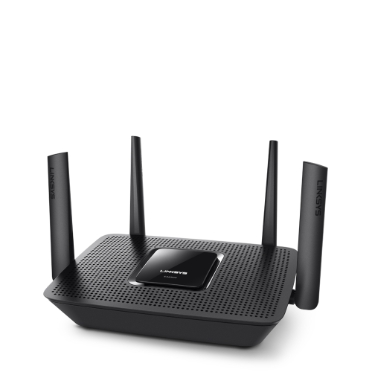 Linksys®, a leader in networking solutions for the home and business and the first to ship 100 million routers, today announced, it is shipping its new 802.11ac Tri-Band MU-MIMO Router. The Linksys Max Stream™ EA8300 is an AC2200 Tri-Band MU-MIMO router priced under $200, giving users MU-MIMO technology and up to double the performance of a dual-band router* for even faster speeds for downloading, streaming, gaming and surfing. Offering MU-MIMO (Multi-User, Multiple-Input, Multiple Output), the next generation Wi-Fi 802.11ac Wave 2 technology, helps improve overall performance and efficiency of a Wi-Fi network while providing dedicated bandwidth to MU-MIMO capable client devices as if they have their own dedicated router. Linksys offers the largest and broadest portfolio of MU-MIMO home Wi-Fi solutions on the market.

According to a white paper by ABI Research The Importance Of MU-MIMO In The Wi-Fi Ecosystem more than 84% of all wireless 5GHz chipsets will be MU-MIMO enabled by 2019. To keep up with the speeds and performance of client devices coming to market such as 4K TVs, laptops, smart phones, tablets and game consoles, consumers will want to make sure they have the latest Wi-Fi router that can support all the latest devices that have come into the home.

“The introduction of the EA8300 Tri-Band MU-MIMO router to our Max Stream line-up signifies our commitment to the latest 802.11ac specification,” said Justin Doucette, senior director of product management at Linksys. “With the rise of bandwidth intensive activities, such as 4K streaming and movie downloads, the importance of an efficient and optimized Wi-Fi network is more critical than ever. Tri-Band and MU-MIMO enables multiple devices to communicate with the router and/or range extender simultaneously, so the result is a faster and more reliable Wi-Fi.”

Introduced by Linksys last summer, seamless roaming brings an enterprise-level Wi-Fi experience into the home. This technology helps enable client devices to roam around the home always connected to the optimal access point, either router or range extender, seamlessly without having to manually connect or lose connection. Seamless roaming works much the same way devices work in an office environment where users can move room to room, floor to floor, always staying connected to the office Wi-Fi connection.

When Seamless Roaming is added to routers as it has been to the new EA8300 as well as our other Max Stream routers, range extenders (RE7000) and mobile devices, the mobile devices are able to switch and connect to the strongest Wi-Fi signal at all times. Users can run an uninterrupted Facetime® or Skype™ session on their smartphone, or watch YouTube®/Netflix® on their iPad® while moving from one room to the other without dropping the signal.

Another advantage of seamless roaming paired with a Linksys RE7000 range extender is a single network name (also known as SSID) for the entire network, making it easier to always staying connected to the best Wi-Fi signal. In traditional router and range extender pairing without Seamless Roaming, it’s best to define multiple network names and manually switch clients from one network to another to optimize performance. This proves cumbersome and frustrating to many users. 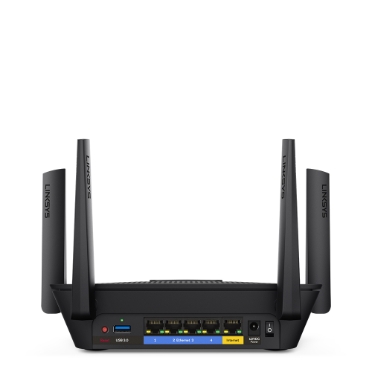 The Linksys Max-Stream AC2200 is outfitted with Next Gen AC Wi-Fi technologies such as Multi-User MIMO (MU-MIMO) and Tri-Band that work in concert to deliver powerful Wi-Fi at the same time and same speed to multiple connected devices including TVs, gaming consoles, wireless printers, laptops plus others at combined speeds up to 2.2 Gbps‡. The Linksys Max-Stream AC2200 provides easy setup options to get a home office up and running quickly along with the exclusive Linksys app that provides added control of the EA8300 Wi-Fi Router from anywhere at any time using a mobile device. The Max-Stream EA8300 Wi-Fi Router also features a robust set of advanced offerings:

Availability
The Linksys AC2200 Tri-Band MU-MIMO Router (EA8300) is available immediately on Linksys.com, Amazon and Best Buy.com (April 7) and is planned to be available at Best Buy, B& H, Fry’s, Meijer, Micro Center, Office Depot and Walmart in May for an estimated street price of $199.99.