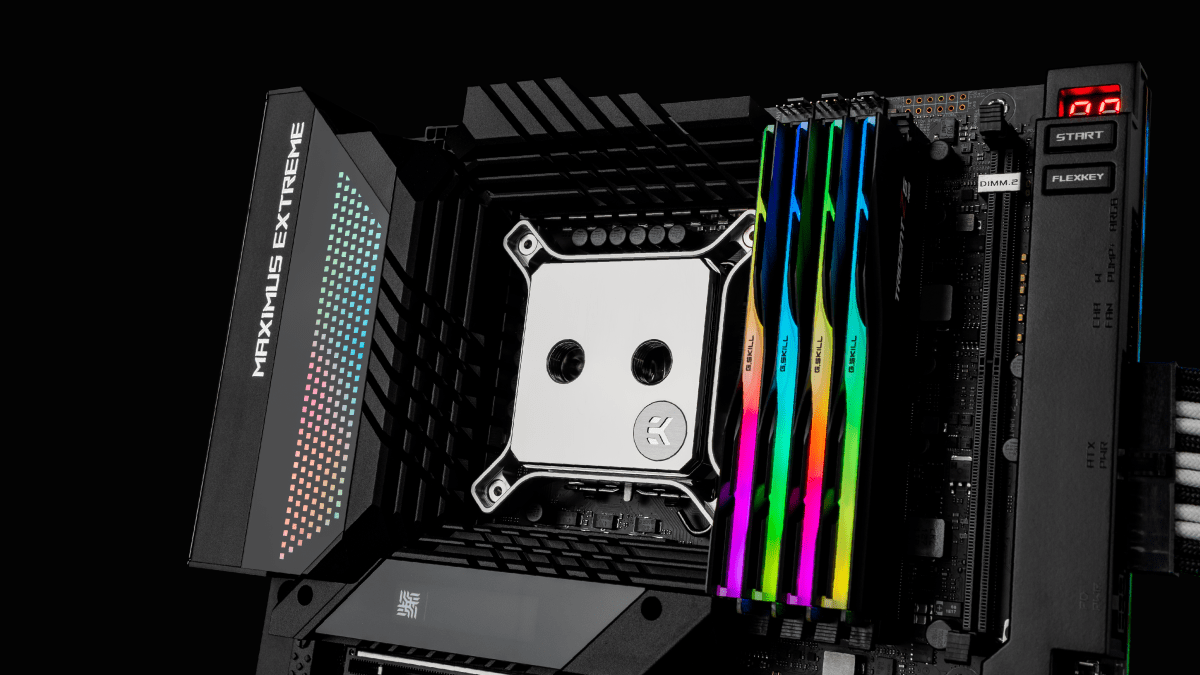 This block is specifically engineered for LGA-1700 socket-based Intel Core CPUs of 12th generation Core architecture. EK-Quantum Magnitude is bearing the prestigious iF Design award for the bold and different approach to the CPU water block mounting mechanism. Differentiated from any mounting structure of a water block that is usually a black and mundane plate, the design accentuates an integrated X-shaped three-dimensional frame with premium finishes that firmly cradles the main body in place, while the screws are morphed into sophisticated design details.

As a part of the Quantum Lineup ideology, the Magnitude 1700 is equipped with interchangeable accent frames available in various colors, finishes, and materials. There’s a choice of 5 variants, of which two are equipped with addressable D-RGB LEDs, elegantly concealed under the aesthetic inner frame.

The LED strip boasts 30 incredible, individually addressable RGB diodes. Plexi versions of blocks are illuminated inwards, lighting the coolant and the entire top evenly, while a halo of colorful lights borders those with an Acetal top. The versions without implemented lights can be upgraded later on with an LED strip and a special white accent for light dispersion.

Specialized manufacturing techniques were deployed to create this truly unique product. Not a single Magnitude component was made using mass production techniques; instead, every single piece was CNC-milled separately from a solid piece of material. At the heart of Magnitude lies the CNC-machined solid brass insert. This component made it possible to enlarge and optimize the cooling engine significantly. Compared to previous generations of water blocks, the fin array has a 50% bigger surface area, all contained in a smaller footprint to ensure maximum compatibility. The copper cold plate uses 0.40mm wide microchannels and 0.26mm thick microfins to maximize the thermal transfer with minimal flow restriction.

Another great feature of the Intel-based Magnitude CPU water block is the reversible insert that can accommodate easier tube routing. It allows the user to swap the inlet and outlet port by simply rotating the brass insert piece by 180°.

The cold plate of the Magnitude is intentionally machined into a convex shape to align with the concave shape of the CPU IHS. However, if you are interested in a flat cold plate that works perfectly with lapped CPUs or aftermarket IHSs, EK offers exclusive flat bare copper and nickel-plated copper cold plates that are sold separately.

The EK-Quantum Magnitude 1700 water blocks are designed and made in Slovenia and are already available for purchase through EK Webshop and Partner Reseller Network. The table below shows the manufacturer suggested retail price (MSRP), VAT included.