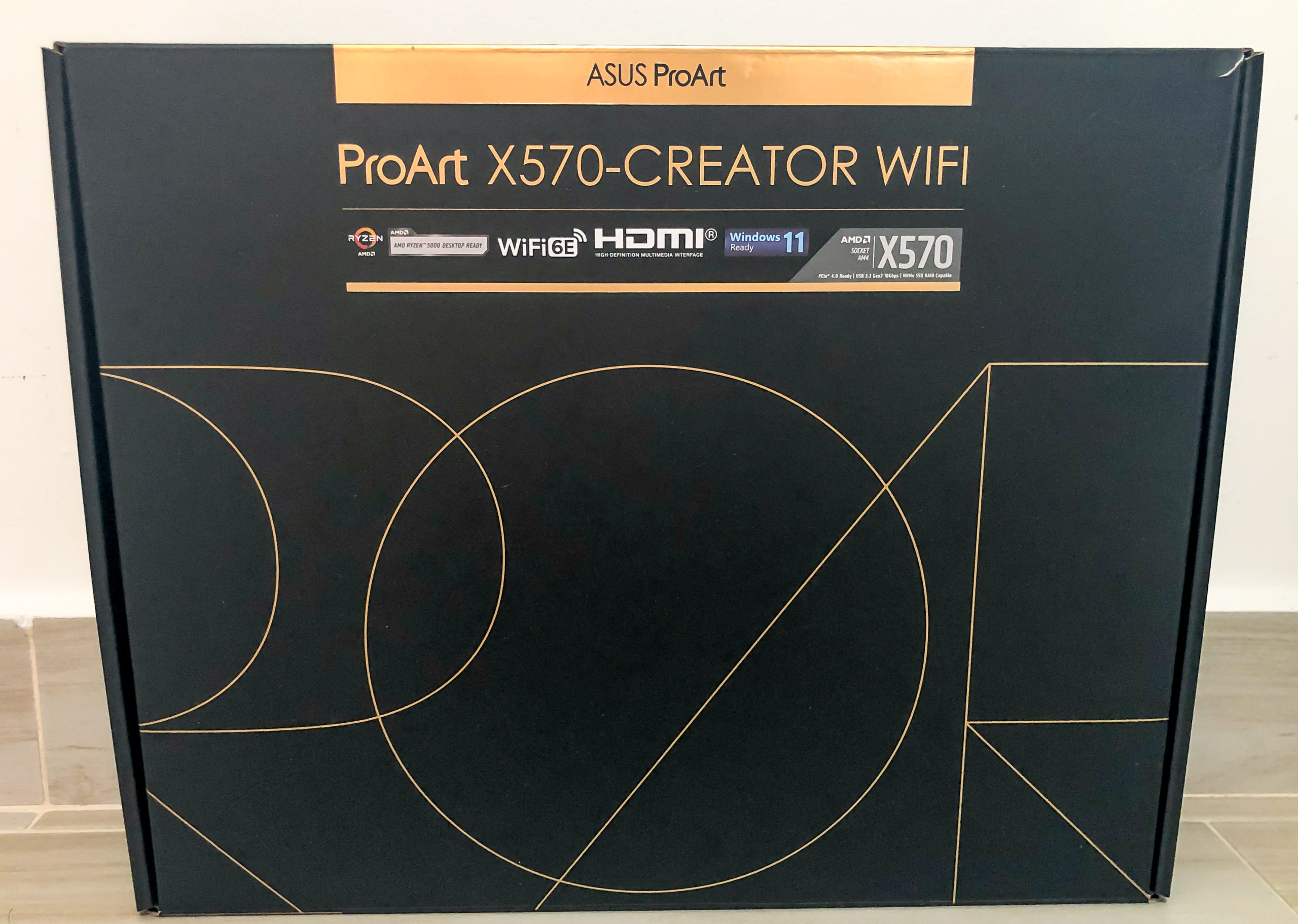 The ASUS ProArt is the only X570 motherboard designed and focused around the creativity professional market and as a result, drops all the gaming branding and gaming focused extras. There are no integrated RGB LEDs – instead the ASUS ProArt focuses on a sleek look with an all-black & gold design and horizontally finned black aluminium heatsinks. Underneath the heatsinks is a 14+2 phase power delivery spearheaded by an Digi+ VRM ASP1405I controller operating in a 7+1 configuration. ASUS has focused more on transient response and has appropriately opted to team the phases together instead of using doublers. The end result is still a 14-phase design, done in a way to align with the intended workflow of a professional system. Later we will explain how power phase teaming work.

An “Digi + Power” power supply circuit in the 14 + 2 phase configuration is used to operate a 16-core / 32-thread CPU at peak performance while also supporting overclocking. There are several components, including a highly durable alloy choke, a long-life capacitor, two CPU auxiliary power supplies, and two large heat sink. On the chipset side, a large aluminum passive heat sink was also used, this time for the purpose of cooling. The memory slot is DDR4 x 4, which supports speeds of up to 5,100MHz and allows for the installation of up to 128GB of memory.

The PCIe x16_1 & 2 slot has a stainless steel metal reinforcement, which increases reliability (Which can be important in the case of fairly frequent video card changes, but more importantly: such a slot will more easily withstand the bending load in the case of a very heavy graphics card top-level). It also protects the slot from electromagnetic interference. For the first PCI-E slot will support full bandwidth of PCI-E 4.0 x16 and follow by PCI-E 4.0 x8 and PCI-E 4.0 x4. This motherboard uses a full PCIe 4.0 x4 lane available from the AMD X570 chipset. You will find a total of three M.2 slots on this motherboard all with different key types for different devices.  All two slots feature integrated heat spreaders.

Remove all heatsink and I/O case from the motherboard.

Therefore, the design scheme of programmed phase control without phase doublers is used. Considering that this scheme does not have a proprietary TPU (TurboV Processing Unit) processor, which distributes the on / off phases on older motherboards, a simple parallel circuit is used: 14 phases for the core are converted into 4 (three physical phases go for one on the controller), and 2 more for SoC are converted to 1.

ASUS redesign their architecture for VRM for teaming power stage design, instead of using doubler  design

As for the RAM modules, everything is simpler here: a single-phase circuit is implemented on the Vishay mosfets.

The scheme of the chipset + processor bundle operation

In total, the board has 3 PCIe slots: one PCIe x16 (for video cards or other devices), one PCIe x 8 and last PCIe x 4 slot. If I have already told about the first PCIe x16_1 (it is connected to the CPU) together with second PCIe x16_2, (the third in a row) is connected to the X570 and works as much as possible in the x4 mode. It also shares resources with M.2_2 slots.

This motherboard has a redistribution of PCIe lines between slots, therefore multiplexers from Diodes Inc.

The Audio is controlled by the Realtek ALC1220A audio codec and it also provides audio output up to 7.1.

Nichicon Fine Gold audiophile capacitors are used in the audio circuits of the board.

PerformanceTest provides you with an overall “PassMark Rating” that has been a standard for quantifying PC performance since 1998.