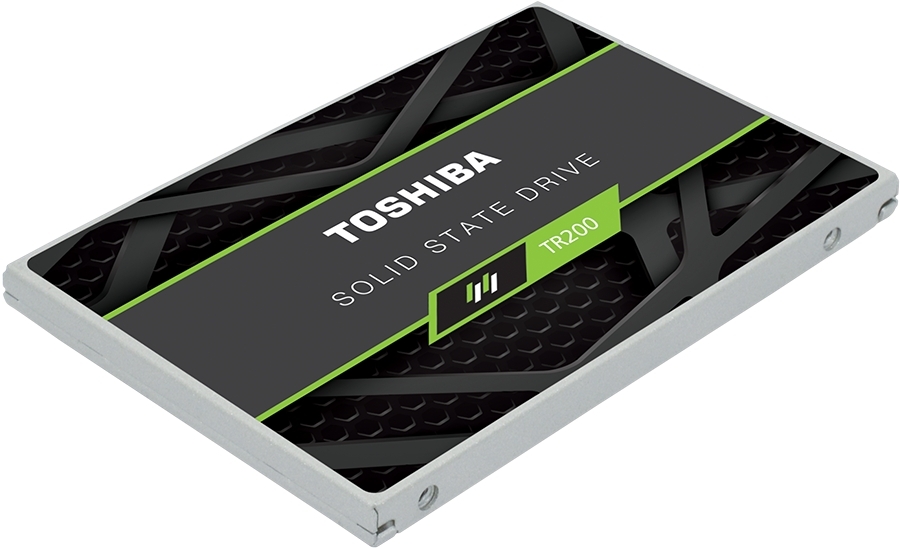 Toshiba TR200 SSDs are an easy and affordable way to enhance notebook or desktop experiences by increasing system responsiveness and productivity over traditional hard disk drives (HDDs). With a 6Gbit/s SATA interface, the TR200 series is rated for sequential read/write speeds(1) of up to 550MB/s and 525MB/s(2) and random read/write performances(3) of up to 80,000 and 87,000 input/output operations per second (IOPS)(4). In addition to excellent SATA performance, TR200 SSDs provide low power consumption that translates into a longer battery life for on-the-go users.

The TR200 series will be showcased at the China Digital Entertainment Expo & Conference (ChinaJoy) in Shanghai, China from July 27-30 and GamesCom in Cologne, Germany from August 22-26. TR200 drives will be offered in a 2.5-inch form factor and are available in 240GB, 480GB, and 960GB capacities(5) and will be available at retailers and etailers this fall.